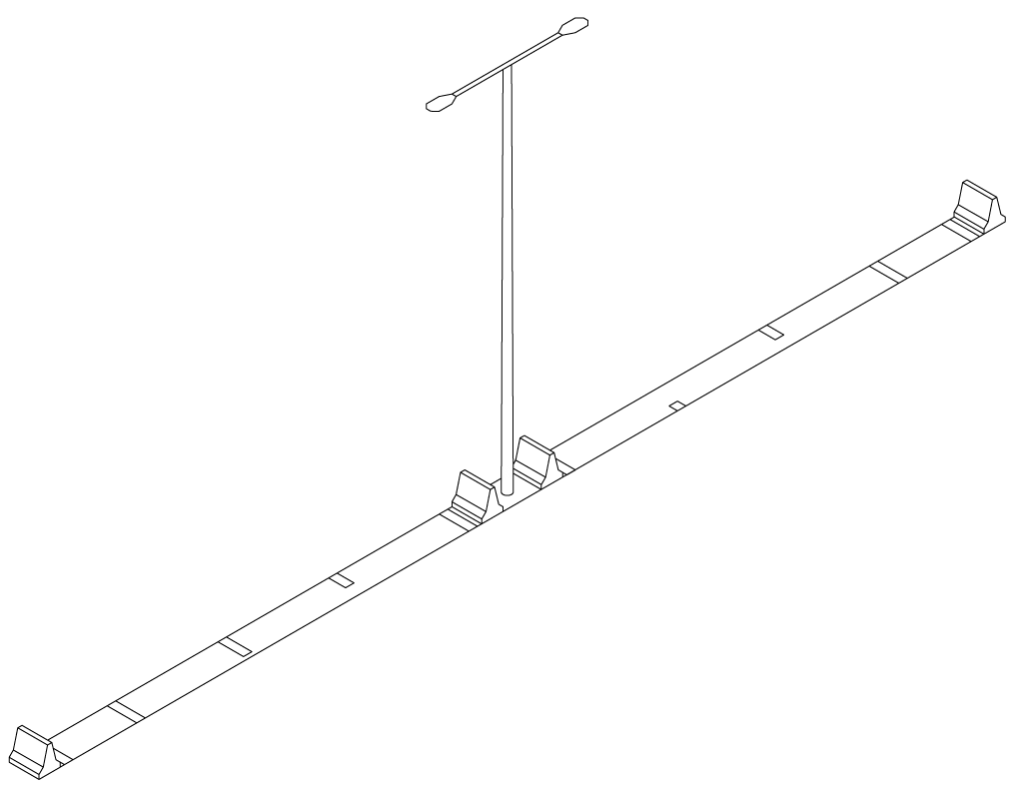 In may 2015, Concrete Evidence: 1m will be presented to the public at the Hans-Baluschek-Park in Berlin, a sculpture existing of one meter of highway (scale 1:1) by the Belgian artist Lodewijk Heylen (born 1989). Heylen is fascinated by the effects and impact of large scale building projects in our post industrial environment and the process of regulation, standardisation and normalisation associated with it. In his conceptual work, the transcendence of humanity through the means of machines and the temporal and spacial scale of change, caused by technological en intellectual development, takes a central place. Which consequences do these transformations of the urban landscape have on our current and future society?

Concrete Evidence:1m takes reference to ‚Richtlinien für die Anlage von Straßen – RQ 36‘, a technical regulation for the design and construction of highways in Germany. This standardised road has a cross section of thirty-six meter and consists of two ways which each three lanes, capable of supporting between 50.000 and 100.000 vehicles per day, freight traffic included. The highway is only accessible by car or by truck. It forms a landscape of permanent movement, at a speed that fluctuates. But movement is imperative: onwards, without reversal, without stagnation.

The current highway network of Germany measures about thirteen thousand kilometers. It exists of an interconnected web from city to city and functions as a link between local communities. This modern building project is constantly being developed and will do so in the near future. It is a constant interference in our living environment and requests a continuous reevaluation of its relation towards the individual. With Concrete Evidence:1m, Heylen brings the dimensions of the highway back to the human scale. The work outlines the systematic correlation between the human creation and the natural supremacy.

Heylen is working since 2013 on the implementation of Concrete Evidence: 1m in Berlin. Concrete Evidence: 1m consists of a series of nationally standardised highways that are part of a trans-European network. In 2012, Concrete Evidence: 1m was constructed at the Verbeke Foundation in Kemzeke (Belgium) according to Belgian standards. After two years of preparation, Heylen will finally expand Concrete Evidence: 1m into an international project in May 2015. The research towards the development of urban infrastructure and the connection between industrial normalisation and socio-historically formed values is hereby continued.